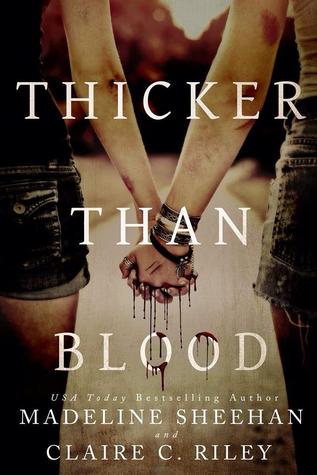 “We’re all animals. Always were. The only difference is we’re no longer caged.”

Thicker Than Blood was a story of friendship and survival in the aftermath of a zombie apocalypse. Evelyn and Leisel were friends before the world came crumbling down. After the infection spread, they lost everything they hold dear except each other’s loyalty. 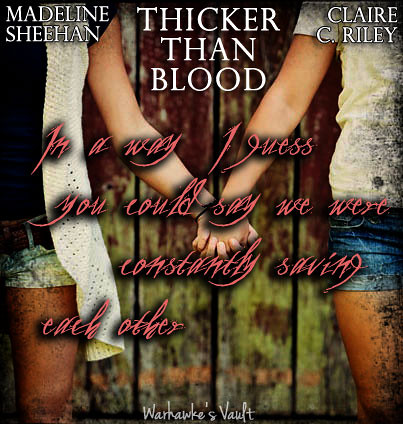 They were living in a community that offered protection from the harsh world outside, but things only looks good on the surface. They decided the best way to survive is to leave the safety of the community and out in the open.

“I’ve been outside the walls, Leisel. Many, many times. It’s not pretty out there, but it’s not pretty in here either, is it? I’d rather be free.”

They had help from a couple of guards, but soon enough they discovered being free came at a steep price.

When I first found out about this book, I thought I wasn’t going to read it because I am not into the genre. I’m obsessed with The Walking Dead, but didn’t think I would like such stories in books. Thus, I am so glad I picked this one up because I love it!

I’ve always love stories of humanity because it fascinates me what people would do when face with tough situations. Some rose to the occasion while others fell spectacularly, but every single one of them was just trying to survive. 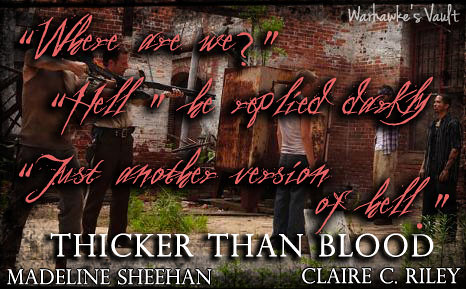 The infected were dangerous, but the people weren’t any better. Yet the most dangerous thing was actually within yourself when you start questioning and doubting yourself.

I love Evelyn and Leisel’s friendship and how much they got each other’s back. 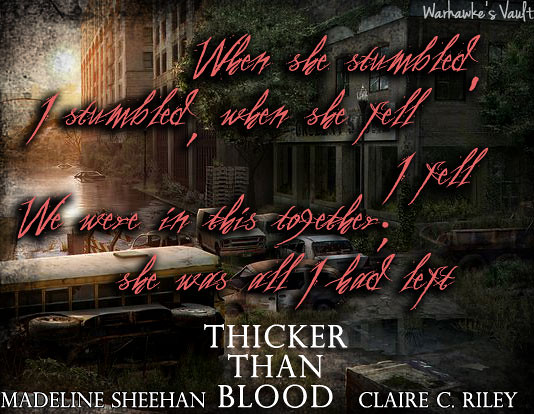 I love how they complement each other. Evelyn was confident and physically strong, while Leisel might be fragile on the outside, but her strength came from her heart.

There was nowhere to go, nothing we could depend on but each other.

My favorite character is hands down Evelyn because I can totally see myself in her. I also love Jami and Alex. But as much as I love Evelyn, best supporting character definitely goes to the can of creamed corn. If I have one in my pantry right now, I would hug it close to my body and never let go haha!

Overall, Thicker Than Blood was an fascinating passage through a harsh landscape where hope was loss and humanity barely hanging by a thread. It punched me right in the mind and the heart yet I love every moment of it.