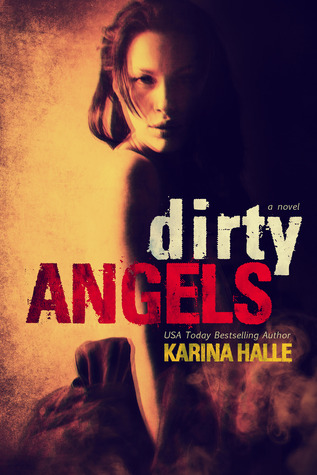 Note: Dirty Angels is a spin-off of The Artist Trilogy, but it can be read without prior knowledge of the series.

Fairytales and happily-ever-afters were for people in other countries.

Luisa Chavez was a former beauty queen working hard to give her parents a good life. Her beauty didn’t help much in getting her family out of poverty, until one day when Salvador Reyes sat his eyes on her.

Salvador was an important leader of a Mexican drug cartel and an impossible man to say no to. He offered her wealth and security for her and her family in exchange for being his trophy wife. Soon enough she learned it was not worth it because not only she had to deal with her husband’s ill-treatments, she also became the target of his enemies.

That particular enemy was none other than Javier Bernal, an ambitious rival cartel leader looking to expand his empire with Luisa as the collateral. 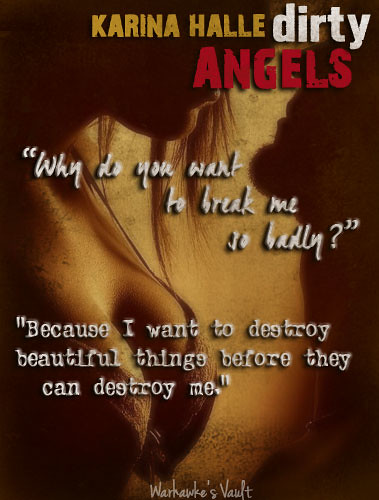 I fell head over heels with Javier in The Artists Trilogy (TAT), so I was really looking forward to this one where he is the front and center. Unfortunately, this book fell below my expectations.

Dirty Angels took place 3 years after the events in Bold Tricks and since that time, it seemed like Javier had a head transplant. When I first came across the first chapter of his POV, I was so happy to get into his head. But by the end of that chapter I felt like I didn’t even know him anymore. 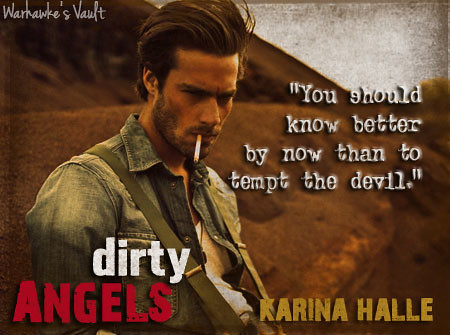 The enigmatic, charming and sarcastic but highly lovable badass Javier was no more, replaced by a weak, uninteresting one. And that broke my heart because I want the ambitious snake that I fell in love with in TAT. He was so multilayered then, but in this book he was as flat as an expired pancake. If I haven’t read TAT, I wouldn’t have like him in this book because there were hardly anything to like – or even hate.

And then there’s Luisa. I did not like her. I understood her predicaments and her choices, but I just unable to feel sorry for her.

And though I’d never truly be able to forget the person I was and could never fully eradicate my morals, I was looking forward to being bad.

And towards the end when she tried to be badass, it wasn’t convincing. It felt like a farce. And I really can’t see the reason for Javier to fall for her.

I do like Este and I wish he had more face time in this book. I also like The Doctor and his erm… methods. I think the old Javier died and his personality was absorbed by these two characters. 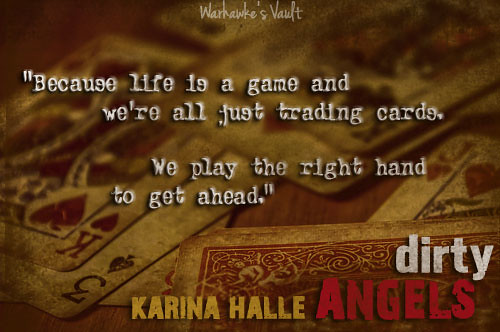 The biggest hair pulling issue of this book is the storyline. It was somewhat a recycle of the things that happened in TAT, but I was okay with that. What’s not okay was how boring it was the first 50%. I was struggling to keep going. Then after the 50% mark it got a little better thanks to Javier starting to show snippets of his true self. But still if was small and far in between.

It took towards the end of the book for things to picked up at an acceptable pace, but it still didn’t helped the book much. No, not every book has to have car chase and explosions to be exciting, but every book needs to have something that grabbed reader’s attention, be it from the character or the story.

The book did have some notable moments. One of my favorite one was Franco’s “treatment session” at The Doctor’s office. That was cringe worthy and pumped up my adrenalin. I also like the “mangina scene”. That was the kind of thing I love about Javier.

“I will protect you. I promise, and I keep my promises.” He paused, licking his lips. “The only person I won’t be able to protect you from is me.”

I still love Javier no matter what. I will remember him as the Javier from TAT and try to forget this Javier ever happened. Maybe I’m being too hard on this book because I am very protective of Javier, so I want good things for him. Ellie was a dumbass for not choosing him and Luisa just didn’t deserve him.

Note to Javier:
Javi baby,  it’s still not too late to rethink your choice. I’m right here! I’ll be the badass, deserving queen for you ❤