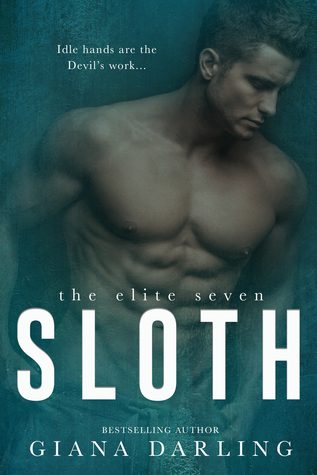 I don’t give a fuck.
Not about money or fame, beauty or power. I’ve had all those things since birth, and trust me, they’re a fucking snooze.
I don’t give a fuck about anyone, not even myself.
Until my father proves evil can exist in the most holy of places.
For the first time ever, something like interest stirs in my soul.
He wants me to enroll at St. Augustine.
Join The Elite.
Court the virginal daughter of Archbishop Savoie.
Prove that I’m worth the family name?
I’ll do it all.
And I’ll do it so well, no one will know what’s coming.
People are so quick to underestimate the wicked and lazy.
They forget idle hands are the best tools for the devil’s work.
I am Rush Dempsey.
I am Sloth. 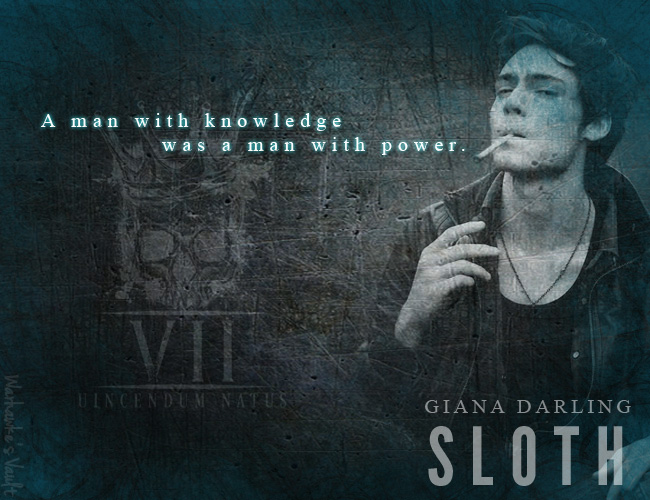 Rush Dempsey never cared about anyone or anything until a life-defining moment pushed him towards a path he couldn’t come back from. His position in The Elite served a specific purpose which led to Isabelle Savoie and the beating heart of the secret society.

In past books, I liked how Sloth was “the chill one”. Here we learned about what he’s been doing when no one was paying attention. I liked the pairing with Isabelle, but I thought she turned around too quickly.

I fucked her hard from behind until she came all over my cock, washing me in her juices like a sexual baptism.

I have to say I struggled during most parts of the book. There wasn’t much going on and there’s lack of conflict between the main characters. The blasphemous element was a nice addition but wasn’t impactful – at least not when it came to the main characters.

He wasn’t all bad and I wasn’t all good. We could be both, maybe even together.

I also felt some of the scenes were disjointed because the series timelines were not distinctively established within the story. As for the story itself, I was very upset about a certain thing that happened due to lack of rationale.

Sloth is the penultimate book of The Elite Seven series. From the preview at the end of this book, I’m really hoping the series will end with a bang.

.⁣⁣ 📖 #CurrentlyReading: Sloth by #GianaDarling⁣ Coming May 13, 2019!⁣⁣ ⁣⁣ ⁣⁣ ★ Book Details ★⁣⁣ Goodreads: https://bit.ly/SlothGR ⁣ Blurb:⁣ I don’t give a fuck. ⁣ Not about money or fame, beauty or power. I’ve had all those things since birth, and trust me, they’re a fucking snooze. ⁣ I don’t give a fuck about anyone, not even myself. ⁣ Until my father proves evil can exist in the most holy of places.⁣ For the first time ever, something like interest stirs in my soul.⁣ He wants me to enroll at St. Augustine. ⁣ Join The Elite. ⁣ Court the virginal daughter of Archbishop Savoie. ⁣ Prove that I’m worth the family name? ⁣ I’ll do it all. ⁣ And I’ll do it so well, no one will know what’s coming. ⁣ People are so quick to underestimate the wicked and lazy. ⁣ They forget idle hands are the best tools for the devil’s work.⁣ I am Rush Dempsey. ⁣ I am Sloth. ⁣ ⁣ ⁣ ⁣ ⁣