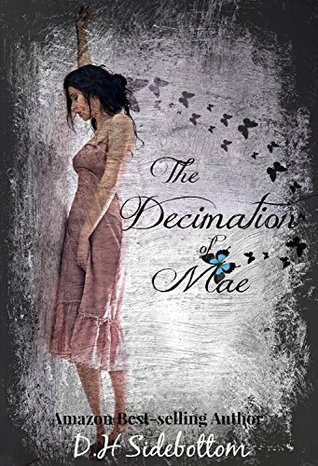 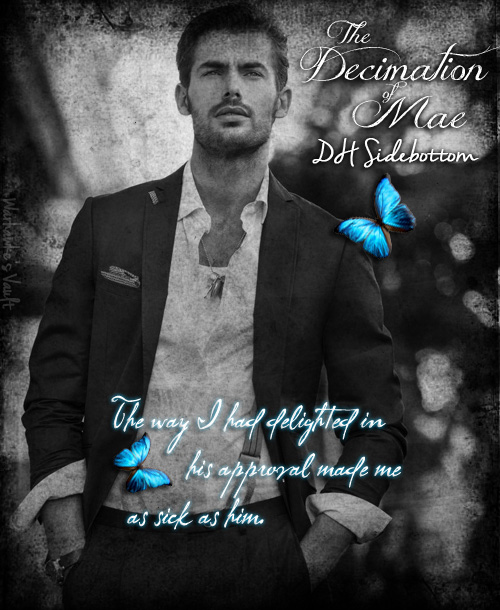 Mae Swift’s life changed drastically when she was still young. For years she depended on her inner strength to survive. When she thought she was done suffering, Daniel Shepherd forced himself into her life and showed her what it truly meant to live in Hell.

He didn’t deserve my surrender or my body and he would never own my mind, that was something I was sure of.

I loved Mae pretty much immediately. She had a traumatic experience and showed a lot of vulnerabilities. But she was also sassy with a potty mouth that led her into a lot of trouble. I loved her defiance and tenacity but at the same time I was also hoping she was more agreeable for her own sake.

“I will break you, Mae,” he hissed in my ear, his hot breath torture against my cold, damp skin. “I will possess you so entirely that you will ask for permission to fucking breathe.”

Daniel was not the kind of “hero” that everyone could accept. But for me, I love such unapologetic character. He was heartless and vicious. He was more a nightmare than a fantasy. 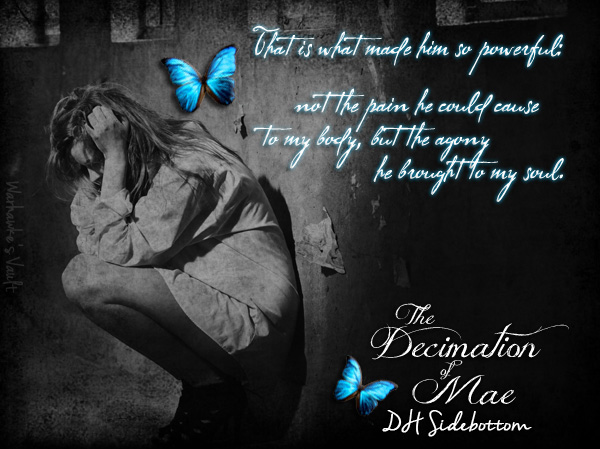 I thoroughly enjoyed the story overall. It was dark the way I like it even though a certain element made it a little lighter. There were several revelations that I didn’t expect so that made the story even more interesting. However, I felt there were too much going on within a short period of time towards the end. Those parts could use a little more elaborations.

The Decimation of Mae is a story of survival. It would appeal to readers who enjoy the dark side of humanity.

. 📖 #CurrentlyReading: The Decimation of Mae by #DHSidebottom . This book is among the earliest I have on my TBR. Finally getting to it and I really hope it’s good. . . ★ Book Details ★ Buy: http://bit.do/eEM9N Blurb: The Devil visited me three times in my life; albeit, my short life. Not in the physical sense, you must understand, but very much literally. . He was persistent, resolute and tenacious. His ruthless greed to annihilate me was utterly disturbing. I am sure if he had hierarchy, the man at the top would have dragged his arse into Hell’s prison for his unscrupulous methods. . I was just fifteen when I first became aware of what he was capable of. This initial taste of him set the playing field for how my life was to be lived – for want of a better word. He mocked me, showed me mercilessly how he played the game and how he liked to cheat at said game. He ridiculed and taunted me until, six months later, he won and took something of so much importance from me that I would never be the same again. . His second visit was, in my eyes, so much more cruel and heartless. I know we’re talking about the Devil here, and yes, you have a right to say he had no heart but even then, even when I was so utterly broken, I begged to differ and hoped – no, prayed – that somewhere deep in the caverns of his black, tortured soul there was something that beat and confused his emotions once in a while. . The third visit was somewhat different than the other two. He tried, and at first succeeded to bring me to my knees once and for all, but then something happened. God finally intervened and altered Satan’s intention; he sent hope and morphed the Devil’s minion into an Angel, hoping to break and shatter the anguish and suffering. He gave the ability for me to feel pleasure in pain, order in the chaos and light in the darkness. But in giving me a reprieve, he also gave me something that would finally and ultimately obliterate me. He gave me the capability to love, therefore giving me the ability to be destroyed. And Satan made sure that I was destroyed. Cruelly, viciously and sadistically. . I am Mae Swift, and this is the story of my decimation. . .