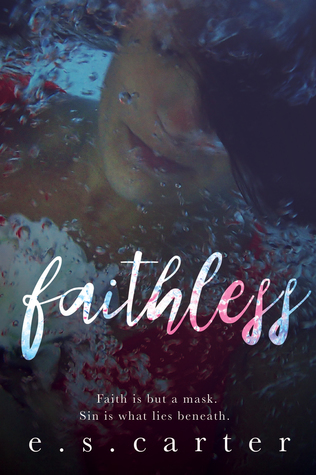 I am faithless.
I am not weak.
I am your every nightmare.

Life is simple when you’re faithless.
Until the man who rewrites the rules, and the girl who is determined to break every one of them, set their sights on me.

They want. They take.
I beg. They smile.
They deny.
Who dies?

Book #3 of ‘The Red Order’ series. Can be read as a standalone, but to understand the full storyline consider beginning the journey with Feyness

Faith is but a mask. Sin is what lies beneath. 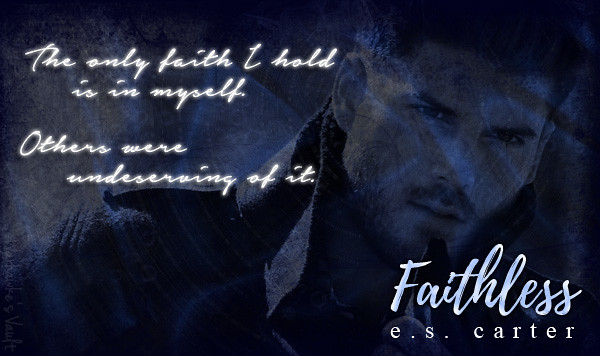 Luke Hunter took whatever he wanted like he already owned it. As the leader of the Red Order, he was used of having people bending for him. But when two people who invaded his life fought to defy him, he was intrigued by their audacity and determined to see them beg or break.

The man is more than a killer. Darkness engulfs him. The smiles, the cultured tone of his voice, and his seemingly calm demeanour are all superficial things that mask the monster who lives beneath his skin.

Luke has been my favorite character in this series since book 1 for a reason. He embraced his darkness and completely unapologetic about it. And when little tidbits about him revealed in book 2, I was a goner haha! I simply love characters who knew what they wanted and won’t let anyone stop them.

In this game of cat and mouse in which we were engaged, James was in danger of getting caught with his hands on the cheese just as the trap snapped shut.

James Cooper had his own shade of darkness but he was more restrained about it. I love that he had a “weakness” that held him back just enough to keep him grounded. 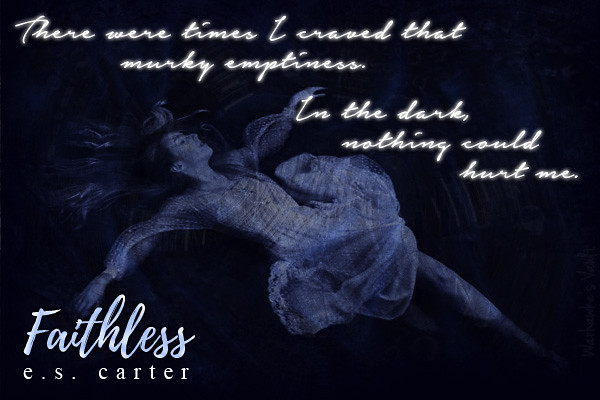 Lily was not someone I expected her to be. With her background and history, she was understandably broken, but she also had a spark that burned bright to carry her to whatever she put her mind and heart to. I absolutely love her role in this story.

On Luke, power is a narcotic—an addictive drug that floods my senses and has me craving for more like a mindless junkie.

This book is without a doubt my favorite in this series. I love the dynamics between the characters and how they fed off each other for their personal and/or collective ambitions. My dark soul sang when I saw the direction the author took this one to because these were the kind of characters I could relate to.

As we crash together, I groan deep in my throat and he reacts by biting down hard. The soft flesh of my lip splits under his teeth, and warm blood mixes with his flavour adding that dark edge I’ve craved.

The story had a perfect balance of darkness, sexiness and humor. The sexual tension was like being choked to the edge of an orgasm before being rewarded by an explosive release.

Hunter and predator, a seductive if lethal combination and one I anticipated would ruin us both.

Faithless is a tale of embracing the murky side of one’s soul. It would appeal to readers who prefer to take a walk on the dark side.

P.S.: I don’t think I can look at butter the same way again after reading this book… lol!

ES Carter lives in Cardiff, South Wales. The home of castles, dragons and folklore.
Her family joke that she was born with a book in her hand, and the urge to write stories soon followed.

At eleven, she won her school’s literary prize. At ages fourteen to sixteen – her poetry phase after falling in love with Dylan Thomas and e.e. cummings – she had a few poems published, but life, love and family overtook her dreams, and she was in her thirties when she began the scary journey of self-publishing.

Her debut and internationally best-selling series, ‘Love by Numbers’, are a set of interconnected stand alone romances, all with varying themes of love. From second-chance to romantic comedy and M/M romance. These stories do not need to be read in order, in fact, she is often guilty of advising readers to start at the last book and work their way back through.

Contemporary romance is not the only genre she writes, her second series, ‘The Red Order’, is as dark and twisted as you can get, but there is beauty there too if you can open your eyes and look.
With many more stories bursting to be set free, she hopes you stay along for the ride.
She loves to connect with readers, so please feel free to friend/follow her on Facebook, IG and Twitter or join her reader’s group, E’s Elite ❤

. 📖 #CurrentlyReading: Faithless by #ESCarter Coming August 13, 2018! . This dish is called #MeeUdang or #PrawnMee 🍜. It's egg noodles with gravy made of prawn stock, dried shrimp and spices. It usually included with hard boiled eggs, sawi (I don't know the English name but it's a leafy green vegetable lol!), fried tofu, fish balls and garnished with cilantro and crispy shrimp sambal. Mee udang is one of my favorite noodles with gravy. And now I'm hungry dammit 😆. . . ★ Book Details ★ Goodreads: http://bit.do/eunV9 Blurb: Faith is for the foolish. Love is for the weak. Hope is for those with dreams. . I am faithless. I am not weak. I am your every nightmare. . I want. I take. You refuse. I take. You beg. I smile. You weep. I laugh. You deny. You die. . Life is simple when you're faithless. Until the man who rewrites the rules, and the girl who is determined to break every one of them, set their sights on me. . They want. They take. I beg. They smile. They deny. Who dies? . Book #3 of 'The Red Order' series. Can be read as a standalone, but to understand the full storyline consider beginning the journey with Feyness . . . #amreading #WarhawkesVault #bookstagram #bookstagrammer #bookblog #bookblogger #booklover #bibliophile #bookaholic #bookaddict #bookporn #bookishfeatures #bookstagramfeature #bookfeaturepage #igreads #bookphotography #BookstagramMalaysia #foodphotography #foodstagram #foodgasm #foodporn #Faithless #TheRedOrder