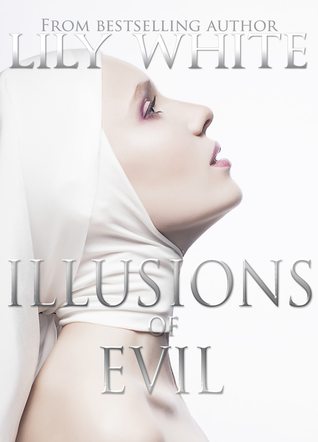 CONFESS.
It’s what he said to me across his altar, what he demanded so that I would be pure.
In the moment he blessed me with his virtue, I was no longer the woman I’d once been.
I was Eve.
His light.
His salvation.
His bridge to Heaven’s gate.
I failed him because my faith was not strong enough.
He punished me for not giving in.
Resisting temptation is never easy.
Not when his hands, his teeth, his heat and hunger were the greatest of my sins. 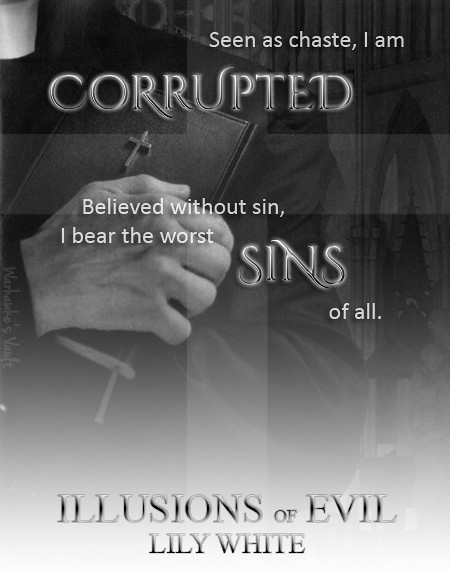 Eve was the epitome of sin. Growing up, she was made to believe she existed for a purpose and the time had finally come for her to prove her faith. But the path to absolution was paved with endless temptations that she must endure in order to earn her place.

She was the illusion of evil. Purity wrapped in the sinful cage of a woman who didn’t know any better.

Eve was not an easy character to like. Even though I understand her situation, personally is it hard for me to accept her mentality because her behavior is against my nature lol! Clearly I’m not a fan of hers.

He led us. He provided for us. He walked us down a path that would grant us entry into paradise. How could I not believe in him when all he’d done is guide me?

There’s not much I can say without spoiling the story. But I can say, generally, the dynamic of the characters is one of my favorite. It’s always interesting to analyze the characters’ actions and reactions. However, I wish I had more opportunity to do that myself instead of being told of the reasonings. 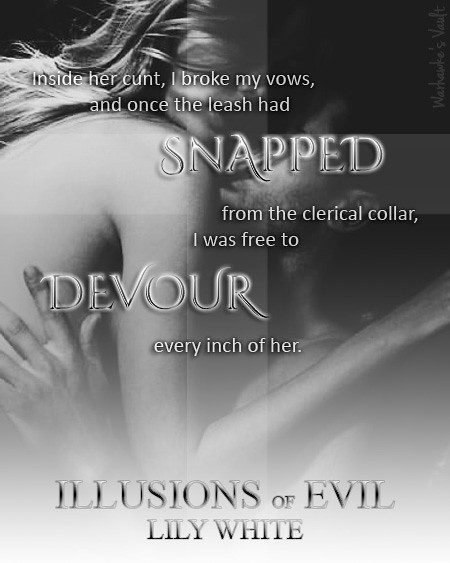 Before starting the book, I expected it to be sinfully filthy. Earlier part of the book was so tame I almost lose faith. But after a certain point it became blasphemously dirty.

She was prey to the fallen, a lover for the cruel, a queen within the ever crumbling kingdom that whispers of sorrow and pain.

Illusions of Evil is a story of faith and temptations. It would appeal to readers who don’t mind pushing boundaries.