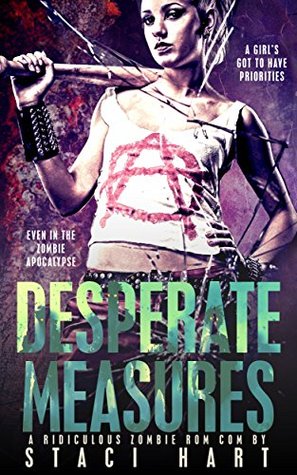 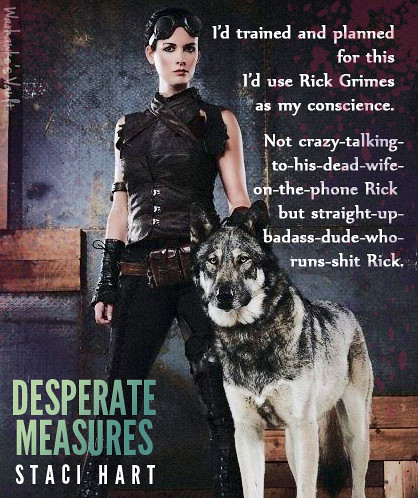 Annie took her survival seriously. When others were complacent, she took measures in preparing for possible doom and tricked out her basement as survival base camp.

His body was seriously chiseled — zombie killing was apparently the workout of the century.

Lo and behold, the zombie apocalypse swept over America. While others died, she survived for two years all on her own without ever leaving her basement. That was until she needed an essential item which forced her to go out there in the wild. What she found would change her life from that point on.

”I don’t think you realize what you’ve given me today.”
“What’s that?” The words were soft, my breath shallow.
“Hope.”

I was looking for a sexy zombie book and stumbled upon this little gem. It was funny and relatable especially if you’re a fan of The Walking Dead because there were plenty of references to the show. My only wish is that it’s a little bit longer and more sexy time 😜.

This is my first book by the author and I will definitely read more. I’ve seen her more serious books around and have wanted to read them for a while. Hopefully I’ll get to them soon.