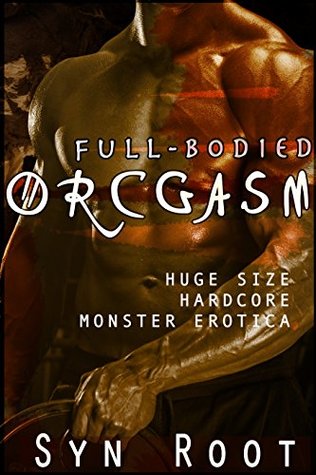 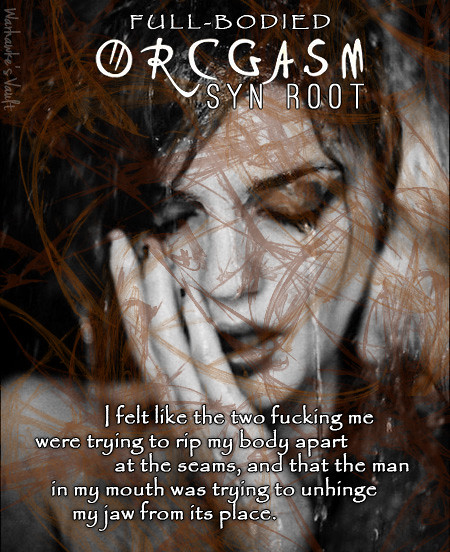 Maya was a Princess from Elven Kingdom on a mission to retrieve a precious jewel. She got the item without problem but going back home proved to be difficult when her concealment magic was depleting while in enemy territory. One thing for sure, the Hard-Pole Clan orcs wouldn’t let her crime be unpunished.

Monster erotica is one sub genre I haven’t tried before, but now I can proudly say, I popped my cherry lol!

He was pinning me down by the shoulders, but his paws were so large that my chest cavity was easily covered by his weight as well. I could feel the thick head of the beast’s cock pushing my legs to either side, trying to force its way into my body.

When I first started this book, it reminds me a lot of the Lord of the Rings. There’s the elf, the orcs, the Wargs and even Sting-like item. Add monster cocks and magical pussy, you get this book haha!

The tales of the way they raped and pillaged towns were the stuff of both legend and nightmare. What I didn’t expect was how willingly I would desire such a sexual union, or how considerate the creature would be considering the differences in our size.

I like that there were plenty of actions and dub-con sex. And I like the power that she possessed. However, it was hard for me to follow the story. Since this book is set in a fantasy world, it needed more explanations of how the world works. More elaboration or a glossary would definitely help.

While their sorcerer had cast the charms which persuaded the wars to do his bidding, I had summoned the power necessary to slay those minions and had done so without bringing exhaustion to myself.

The main characters’ backgrounds were hardly mentioned. Not knowing their back story made me feel detached. Also, the actual dialogue and inner monologue needed more distinction. Overall, I do like the concept, but the execution could be better.

*Voluntary review of a gifted copy *