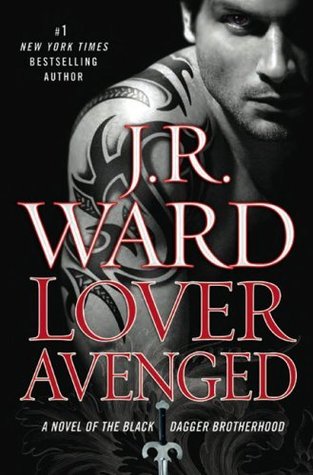 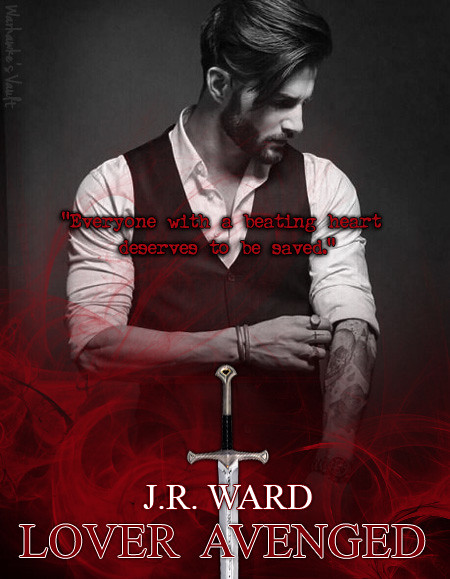 Even though not a member of the Black Dagger Brotherhood, Rehvenge was an influential member of the glymera. As a businessman, he was both feared and respected. But behind the persona, he had a secret that not only would change his life, but the Brotherhood as well.

Ehlena was a kind hearted nurse who had fell into tough times. Once a member of the glymera, a reversal of fortune forced her scrape by while tending to her ailing father. She had been admiring Rehv afar, but as they got closer, his secret could possibly rip them apart.

In previous books in the series, even though Rehv intrigued me, he wasn’t a character I cared about. Before reading, I wasn’t sure if my opinion of him would change. I’m glad to say it did.

And he lived dark and violent and seedy. Was going to die that way, too. He deserved where he was going.

On the surface, Rehv was a selfish, opportunistic and manipulative character. In the past, he showed how he sacrificed for the ones he cared, but in this book we get to see yet another side of him. Seeing his vulnerabilities made him lovable.

The thing was, it wasn’t that she wanted to change everything. She just wanted something for herself, something that made her know she was alive.

I like how responsible Ehlena was, not only with her profession but also her family. She was under a lot of pressure, yet she managed to always put others first. However, there were times when I thought she was naive and judgmental.

“John Matthew was her well of soul, as the symphaths called it, or her pyrocant, to the vampires. Her essential weakness.”

Besides Rehv and Ehlena, Wrath & Beth, and John Matthew & Xhex were the secondary stories. Wrath’s issue was a good sub plot to show his worth as the King. And Xhex surprised me. I never liked her before, but her vulnerability made me sympathize with her. 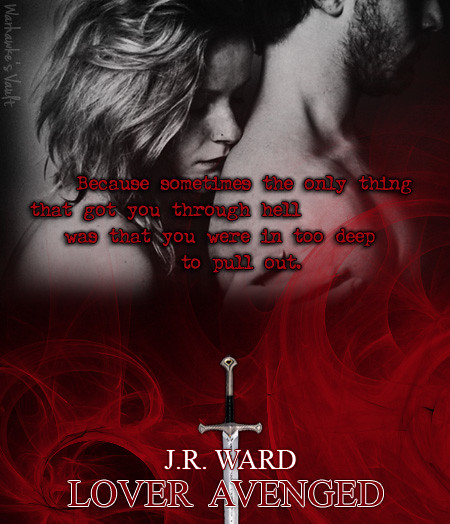 Lover Avenged is a story of a couple in two different worlds that fight for what they believe in. With how the story ended, I’m definitely looking forward to the next book.