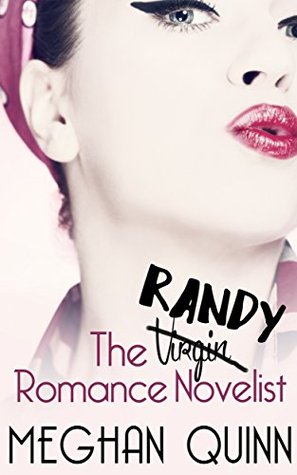 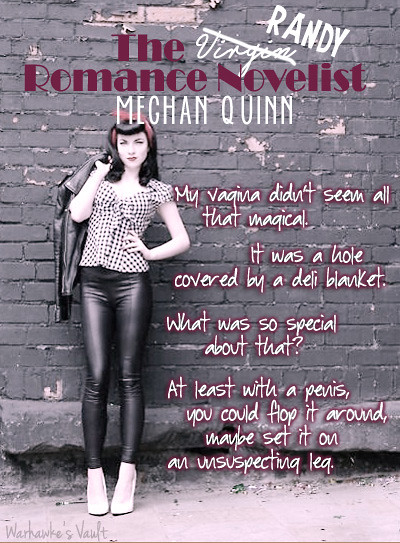 If Rosie Bloom thought losing her virginity and finding love with her best friend and end up in a rainbow farting unicorn ending, she thought it wrong. Beyond the rainbow (or fart? Lol!) was real life waiting and it’s not necessarily pretty in pink.

Henry Anderson finally got what he wanted. But pressure to perform both in boardroom and in the bedroom (ahem!) was taking its toll on their relationship especially when there were secrets to be uncovered.

The Virgin Romance Novelist is the funniest book I’ve ever read and when I found out there will be a sequel I was ecstatic! I don’t think anything could go wrong with the story since Rosie couldn’t do anything right haha!

I was really good at doing a smoky eye with a cat-like eyeliner. It was the one thing I could claim as a talent . . . that and the ability to embarrass myself at the drop of a hat.

Rosie was still the naive and adorable woman that she was. She went from a virgin to a sex fiend while still not fully understanding her body’s reactions. And it didn’t help that she was stressed out from her tasks as maid of honor to her BFF and finishing her novel. 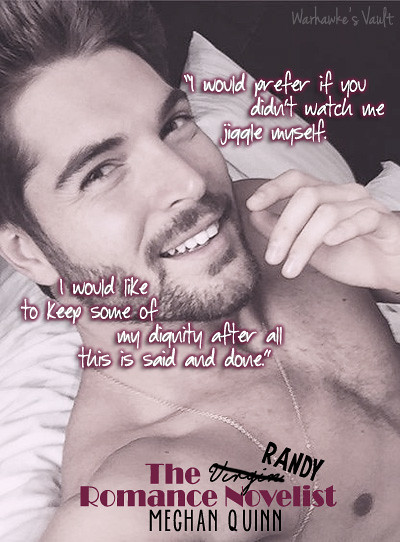 It’s nice to see how much Henry cared about their relationship and how much effort he put into it. It was also fun to see how he navigated some office drama and I’d like to give special shout out to Freddy lol!

“Why does he always stare at you? I think he might have a crush on you. Maybe you give off some kind of kitty pheromone.”

“I have been known to attract the pussies.”

This book is more serious compared to the first one, but still has that signature crude humor. I love that some memorable characters made cameo appearances. And yes that includes Sir Licks-a-Lot who was as evil as ever, but also kind of sweet with the “bromance” :p

What I love the most about this book is how the author poked fun at herself and romance reading community and included reference to her own book and what I assumed to be her own personal experience in publishing and weathering critique. It made it relatable for the readers.

The Randy Romance Novelist is a light laugh out loud, feel-good book perfect as a pick-me-up especially if you love crude humor.